It was billed as ‘The Return’, and for two reasons. The first should be obvious to anyone who is familiar with Horsham Football Club. Eleven years since vacating our old Queen Street ground, Horsham were finally back in the first competitive match to be played in our brand-new ground as we got our season underway in the re-branded BetVictor Isthmian Premier League.

Despite uncharacteristic weather for August, a bumper crowd of over 700 turned up, full of anticipation – some eager to get a glimpse of The Camping World Community Stadium for the first time – as Hornets fans pondered how they would fare against local opponents Leatherhead as we made our return to the Isthmian Premier Division for the first time in eight years.

Manager Dom Di Paola had spent much of the summer and pre-season making tweaks to his squad as he looked to strengthen following our thrilling play-off final win last season against Ashford United. Of the starting XI that night in May, just five returned for the new season’s curtain raiser, with Harvey Sparks and Lee Harding absent, whilst Jack Brivio sat on the bench. Alongside him, midfield dynamo Charlie Harris would have to wait until the second half for his reintroduction following his serious injury towards the end of last season but there was a place in the starting line up for new addition Jerry O’Sullivan who had signed 24 hours previously from Dorking Wanderers.

It was last season’s top goal scorer however that secured a first league point and earned Horsham a well-deserved draw as The Hornets came back from a goal down following a contentious penalty decision that put the visitors in front early on.  But Rob O’Toole’s strike six minutes before the break tied the contest while also becoming the first competitive goal in the new stadium.

Horsham showed early promise on just three minutes when Chris Smith was played onside as he broke through, but his ball across the front of goal was comfortably dealt with.

Yet Horsham fell behind on just eight minutes. With Dan Gallagher slipping a through ball for Eddie Dsane to latch onto, in came veteran Joe Shelley who slid in from behind. It appeared as if Shelley made contact with the ball, but as the Tanners striker went to ground, referee Jim Paterson pointed to the spot before Dsane dusted himself off to convert a coolly taken penalty.

A lack of composure would then prevent Horsham from drawing level three minutes later as Smith was presented with the ball from just six yards but after turning to face goal, he ballooned well over the bar to let Leatherhead off the hook.

Calvin Ekpiteta then stood over a dangerous freekick on the edge of the box that he wasted by firing well over, but Horsham showed further desire to get back on level terms when some good interplay between Lavery and Smith resulted in a square ball being picked up by Steve Metcalf, but the fullback’s shot lacked conviction as the visitors cleared.

Ekpiteta would then smash a shot into the side netting from the angle but it was the home side who scored as Horsham scored their first goal of the campaign. With the ball played in from the right wing towards Lavery, the ex-Dorking Wanderers man held the ball up and then ran at the Leatherhead defence where he broke into the box, made space for himself and sent in a low centred ball towards the near post. It should have been a simple gather for goalkeeper Zaki Oualah yet O’Toole’s desire was unquenchable as he slid in to prod home at the near post.

Having battled to regain parity however, Horsham nearly surrendered it on the stroke of half time and had goalkeeper George Bentley to thank for saving them. With Leatherhead probing around the edge of Horsham’s area, neither Gallagher or Dsane were picked up by Horsham’s defence, it was the latter of the two who looked to apply the finish as he stroked the ball goalwards only for Bentley to superbly block and somehow deflect the ball out to safety.

A slow start to the second half meant both sets of fans had to wait just before the hour mark for the next chance to come and it came Horsham’s way when Alex Kelly’s corner was met with a looping header by Shelley only for it to be cleared off the line.

Shelley was again in the thick of things two minutes later when he brought the ball out of defence and continued his run deep into The Tanner’s own half where he laid off to Lavery, but the forward failed to finish, shooting into the side netting instead.

Having felt the ire of Horsham’s fans early in the first half, official Mr. Paterson then made another bizarre decision when he decided to book rapid winger Zack Newton for diving after he appeared to be clearly upended as he made his way down the left flank. Despite the frustration, the game continued to sit on a knife edge with both sides having good chances to steal the victory and as Horsham introduced Charlie Harris to the action, the midfielder was quick to get involved, powering through the midfield and passing to Smith who curled an effort narrowly high and wide.

At the opposite end, Jerry Nnamani would miss two fine chances as firstly, he nudged a deep ball into the mix just wide, and then followed up with another miss just inches wide when he sent his header past the post.

Horsham, perhaps optimistically looked to Mr. Paterson for a penalty when Smith’s clever footwork took him past his man but go to ground just on the edge of the box, however Paterson signalled he wasn’t interested as he waved away the protests.

But in what would have been the perfect finale for Horsham supporters, a surging run by O’Sullivan down the right flank was followed up with a beautiful cross into the box and as O’Toole leaped to meet the ball, the luckiest man in the ground must have been Oualah as he thanked the crossbar for denying Horsham a last gasp victory.

Horsham follow up this game with a visit to the Sussex sea-side when we take on Bognor Regis Town at Nyewood Lane on Tuesday evening. 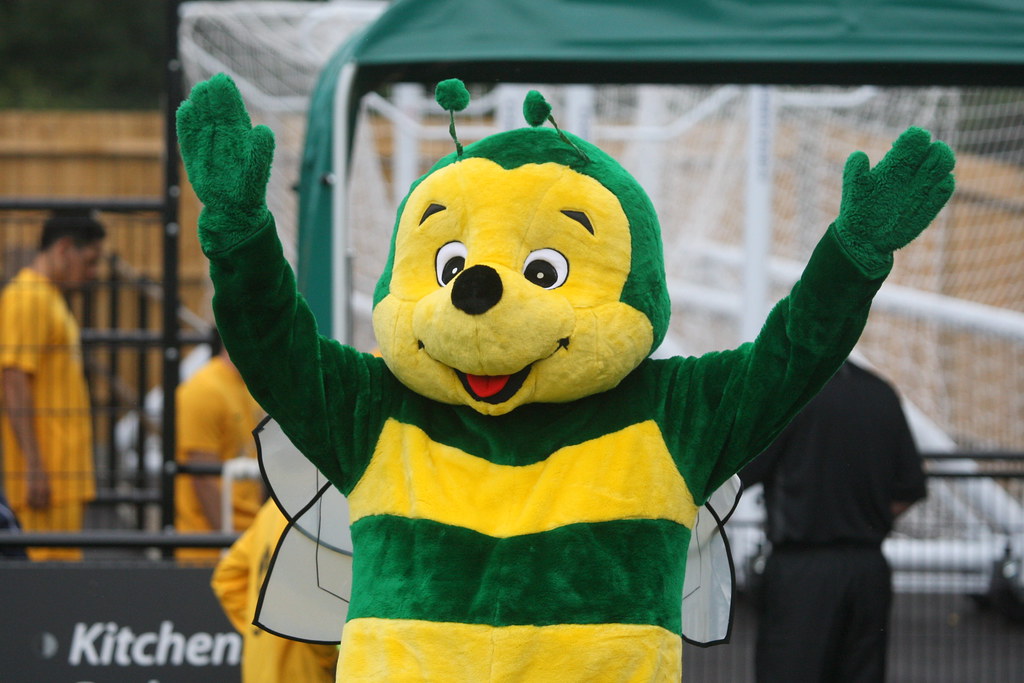