Horsham kept up their pursuit of their play-off rivals thanks to a 2-0 home win against Haringey Borough and putting behind them a run of four consecutive matches without a victory.

Inconsistent results have meant Dom Di Paola’s side had slipped to sixth in the division, a place outside the play-offs, having been within the top five virtually all season. This win however put the Hornets back on the right track, having only won twice since the start of the year, as Lee Harding opened the scoring on 14 minutes punishing goalkeeper Jonathan Miles’ fumble, while Greg Cundle secured the win with 15 minutes remaining, ramming home Jack Brivio’s low centred ball into the box. Horsham might have had a third but, once again, saw another penalty spurned, although Miles – to his credit – produced a super save to deny Rob O’Toole from the spot.

Horsham’s current away form may well be unreliable but at home they appear to have no such issues. This was a workmanlike performance from Di Paola’s men, who enjoyed plenty of possession and were at last rewarded with a win and a first clean sheet since January 11th but the opening few minutes began in bright sunshine and a muted atmosphere.

Harding went some way towards livening things up on 14 minutes when he struck the opener. Greg Cundle’s shot on goal was fumbled away by Miles and, as the ball came out to Harding, he calmly cushioned the ball back over the Borough ‘keeper to wake up the home supporters up inside the Camping World Community Stadium. Midfielder Alex Kelly then smashed a free-kick narrowly wide as the game itself struggled to find much of a spark.

Haringey Borough’s first chance came from a slightly speculative effort from midfielder Roman Michael-Percil, flashing a low effort at goal that George Bentley had covered. Horsham then looked for a second goal with less than ten minutes of the half remaining when Chris Smith tenaciously chased down a ball on the right flank and swung in a delicious looking cross into the six-yard box with Jack Brivio running in looking to finish, however under pressure from full-back Callum Ismail the Horsham captain failed to connect properly as he sent the ball out of play.

Michael-Percil was looking more like Borough’s dangerman when he latched onto a diagonal pass just inside the box but his snatched shot was well saved by the legs of Bentley, who ran towards him and stood up bravely.

Horsham immediately began the second half on the front foot, coming agonisingly close to doubling their lead within three minutes. A beautifully weighted pass from Harding fed Smith onside who rounded Miles, but with a narrow angle and the quick pace of the ball, the striker crashed his shot off the stanchion.

Despite fashioning chances, Horsham were failing to finish them and when Harding intercepted a poor pass high up the pitch, his decision not to travel further and shoot outside the box gave Miles a fighting chance, as he dived low, spilling his save, but despite Smith racing towards the rebound, Rakim Richards hooked the ball out for a Horsham corner. Cundle then came to within inches of forcing in a dangerous low ball clipped in front of the face of goal as another Horsham chance passed on by.

Borough however offered little in response, with a run and weak shot from Anthos Solomou the best of their efforts but, eventually, the visitors were killed off with fifteen minutes to go as Brivio made a run towards the byline and squared into the box and an emphatic finish from Cundle finished the move to give Horsham a 2-0 lead.

With Horsham in control, Di Paola opted to introduce Charlie Harris – back from holiday – and Rob O’Toole with Lea Dawson and Smith making way respectively as the Hornets looked to see out the game and pick off Haringey if the chance presented itself. With six minutes remaining, Brivio’s swooping cross was toe poked high and wide by Cundle, but there was still time for some late drama when Horsham were awarded a penalty on 90 minutes. Up stepped O’Toole but Miles added to Horsham’s woes from the spot when he correctly dived the right way and pushed last season’s joint Player of the Season’s penalty away with a fine save.

And there was further dramatics in stoppage time to come, when Dylan Merchant rose to nod a superb cross onto the crossbar as Horsham were unable to add some gloss onto an otherwise decent day at the office. 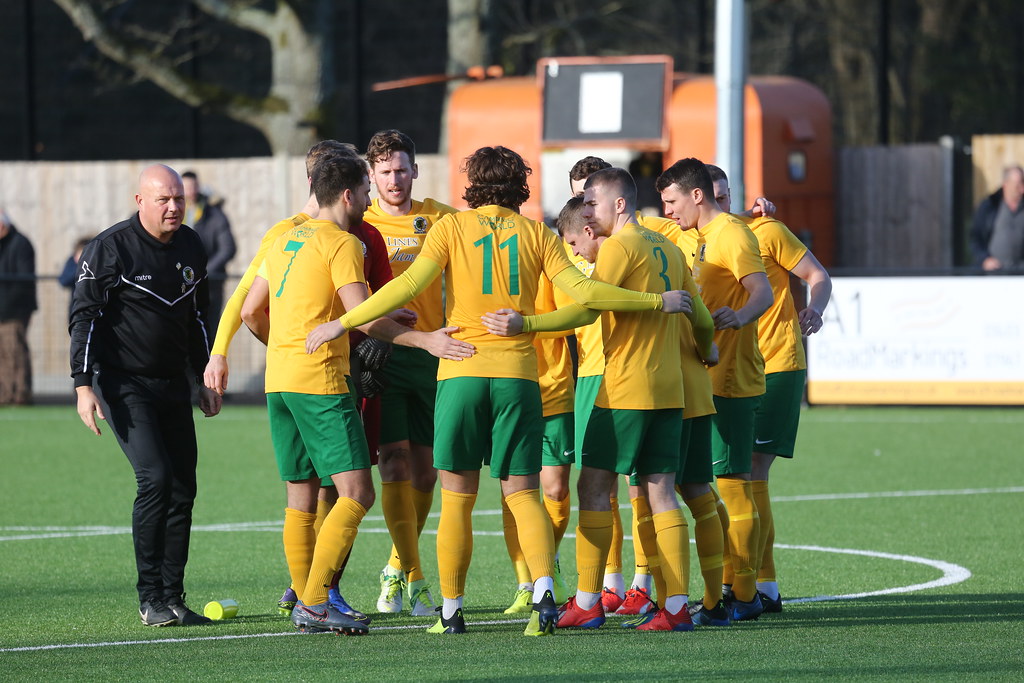