Horsham followed up their 1-1 draw with Leatherhead with a repeat of the same score-line down at Bognor Regis Town in a thoroughly entertaining Sussex derby under the floodlights at Nyewood Lane.

In a game of two halves, Horsham took a deserved 0-1 lead when Rob O’Toole powered in a header just before the break, having contained the hosts and taking charge of the midfield battle, yet The Rocks put Horsham under intense pressure during the second half as the dynamic of the game shifted following the withdrawal of midfield engine Charlie Harris.

As the pressure finally told, Tyrell Mitford’s wonder-strike twelve minutes from time was totally expected, and had it not been for Horsham goalkeeper George Bentley pulling off several vital saves – one of which was world-class – The Hornets would have left empty handed as Bognor threw the kitchen sink at the visitors for much of the second half. But despite being unable to secure a first win in the Isthmian Premier Division for eight years, Horsham will see this point as another to collect as they aim to consolidate following their promotion last season in a game that was a credit to Sussex-based football.

With seven minutes played, it was the home side who carved the first attempt of the match, when a deep run on the right flank by Jimmy Muitt was supplemented with a good cross into the box that could only be headed over by Stuart Green under pressure from Joe Shelley.

Ten minutes later, Green made a positive run towards the heart of Horsham’s defence and, after beating Jerry O’Sullivan, Green’s ball into the box was scuffed towards goal by Dan Smith, and then poked on at the far post, but Bentley made the save low down.

Horsham’s Harris and The Rocks’ Tommy Leigh then peppered their respective goals with ambitious long-range efforts that never caused any bother, but it was Horsham who began to take the game by the scruff. The 2018/19 joint Player of the Season, O’Toole, spotted the pass across to Lee Harding in plenty of space behind the defence and the forward strode into the box and hit one from the angle, but it wasn’t good enough to beat Rocks goalkeeper Charlie Searle who collected comfortably.

The Hornets went even closer with their next attack. O’Toole’s crunching interception on the halfway line stopped Bognor dead in their tracks, and as the ball was turned over to Harris, the midfielder was sent on a marauding run into enemy territory, unleashing a stinging drive that Searle did well to parry as Bognor hurried away the danger.

Muitt then released a humdinger of a shot from thirty yards out that Bentley caught, but the Hornets shot-stopper would produce something special two minutes later. Horsham’s defence was split open as Dan Smith raced through the back with the ball at his feet, but despite Dan Simmonds waiting in space at the far post, Smith decided to attempt the finish himself with a low strike across Bentley, however his effort was slightly too close to the keeper who saved superbly one-on-one with his legs.

Horsham still carried the greater threat though, with Harding’s silky footwork allowing him to ease himself into a good position where he slotted through the gap for Kieran Lavery but, from three yards out, he was denied by a brave block from Searle.

But Horsham would take the lead moments before half-time when, after winning a corner, O’Toole leapt into the air and powered home a bullet header to put the visitors in front.

Having taken the lead, Horsham knew they would need a second goal to take control, and they had a good chance to do so in the 50th minute when O’Toole found Jack Brivio on the edge of the box. He then used Zack Newton on the overlap but the winger hesitated and found himself quickly hustled as he was forced into a poor attempt.

Harris was then replaced by Alex Kelly and from that point on, Bognor began to grow in strength. The fact that The Rocks didn’t equalise sooner was again down to Bentley. As Tyrell Mitford took advantage of a slip by Dylan Merchant, it was a case of two against one for Bognor as he squared for Smith, but once again Bentley denied him with a superb block.

Horsham were eager to get out of their own half but were struggling, reduced to shots from the edge of the box, with Lavery drawing a round of ‘oooooohh’s’ from the Nyewood Lane crowd as he blasted wide.

By now, Bognor were firmly in control as they began to boss things, with Horsham throwing bodies on the line, although they were fortunate not to concede when James Crane’s low cross from the right flank went through the box and missed it’s intended target but The Hornets would finally crack in the 78th minute when Mitford blasted in a scorching effort from the angle at the edge of the box for what was a sublime strike.

Horsham looked to respond immediately as Brivio drew a diving save from Searle with both palms outstretched to beat away his hard-hit effort, but it was opposite number Bentley who saved the best for last. The Hornets were clearly struggling to contain The Rocks and when Smith was set free late on to square it to an unmarked Mitford it appeared the former Winchester City hitman could pick wherever he wanted to give Bognor the lead, but miraculously Bentley produced a wonder-save to ensure his side did not fall behind.

With Horsham battling to survive, Mitford then missed another great opportunity when he powered a header over the bar, while Bentley secured the point for Horsham as he collected at his near post to stop a fizzing drive by Tommy Leigh creeping in.

Horsham are again on the road on Saturday afternoon when we visit Enfield Town. 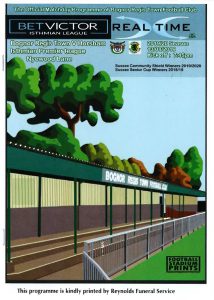 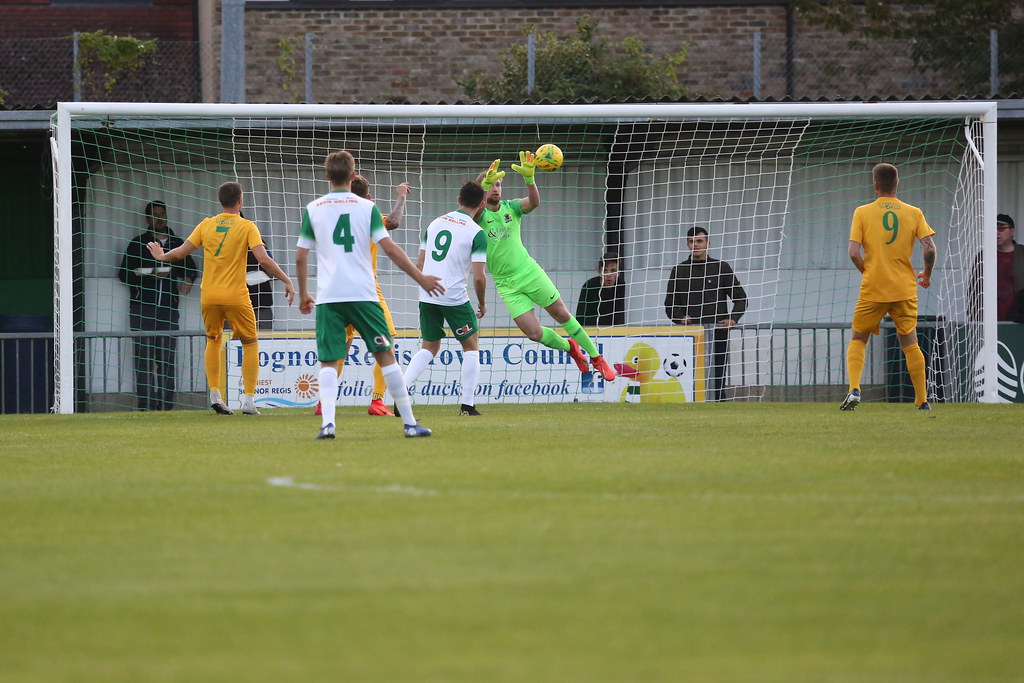