Goals from Chris Smith and Lea Dawson ensured the Hornets would finish their 2019 pre-season campaign with a victory, as they overcame Isthmian Division One South East side, Burgess Hill Town.

After a tepid first half, Smith opened the scoring on the hour-mark, calmly rounding Mitch Bromage before tucking the ball into the empty net. Dawson then doubled the advantage with another cool finish past the Hillians’ ‘keeper.

The result sees us head into our first Isthmian Premier League campaign in seven years in wholly encouraging form, having won five of our eight warm-up games, and only losing one.

After an uneventful opening ten minutes, the match sprung into life when Aaron Smith-Joseph breezed down the wing and sent in a delightful cross into the box. Poked out for a corner, Andrew Briggs then stung the hands of George Bentley from the resulting in-swinger.

Smith-Joseph broke through the Hornets back-line again, moments after, his pace causing a scramble in the box, which eventually saw Briggs’ powerful strike bounce off the post.

The visitors eventually had a chance after half-an-hour after Kieran Lavery whipped in a cross however Smith couldn’t find the net from just two yards out.

Smith then flashed a low ball across the face of goal, himself, but, as with Lavery, no one was there to tap in.

The Hornets eventually found the net after the break, when a long ball picked out Smith perfectly, with the striker coolly taking the ball down past Bromage before dispatching his effort into the open goal.

By now, the away side were in full tilt, and there was little surprise when we added a second just after the hour.

Having only been substituted minutes earlier, Dawson made an instant impact, collecting another pinpoint diagonal pass forward, and rolling a finish past the stricken Bromage.

Bentley, standing in for regular stopper Josh James, made two fantastic quickfire saves in the 74th minute, as he kept the Hillians at bay, while Horsham continued to push for a third down the other end, with Zack Newton unfortunate to get his feet tangled, as he sweeped a rebound inches wide.

Smith fired one final attempt well over, as the match head into stoppage time, but the result was never in doubt as the Hornets collected their fifth pre-season win of 2019 at the final whistle.

We now look eagerly to next week when, at 3pm, we finally kick-off our Isthmian Premier League campaign against Leatherhead.

The ground will be open from 12pm as we tune in to the day’s live football, ahead of our hotly anticipated first competitive game at The Camping World Community Stadium.

Admission to be paid on the gate.

Are you looking forward to #TheReturn? 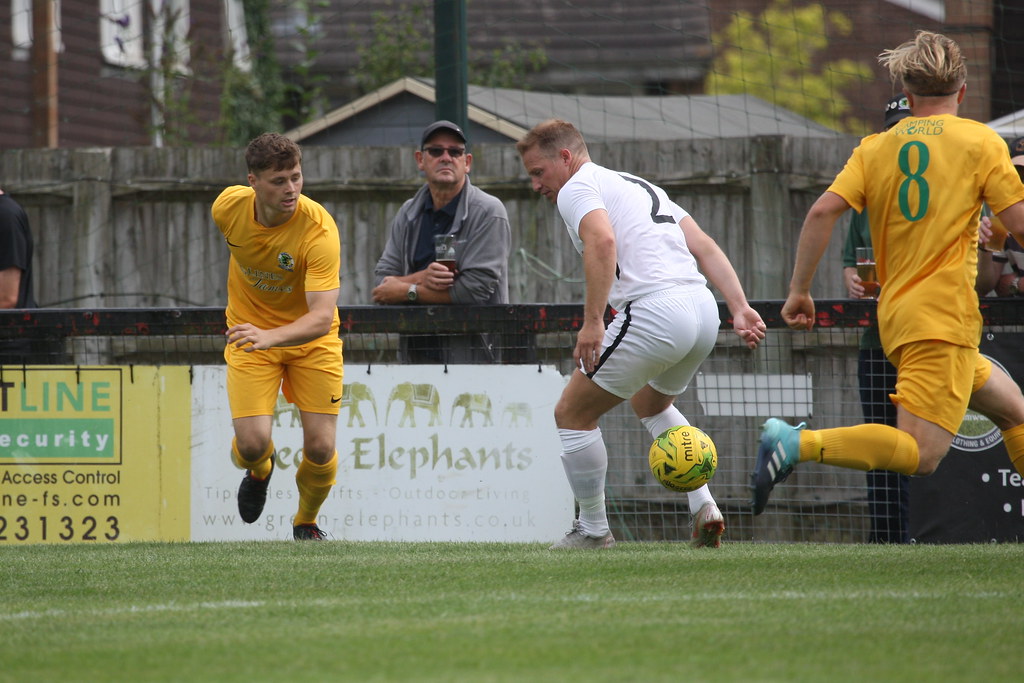