A strengthening of local links

Horsham Football Club is delighted to announce that Crawley Town have signed an agreement to extend their use of our facilities until the end of the 2022/23 season.

In the long-term absence of their own training base, The Camping World Community Stadium has provided the perfect solution for our near neighbours since opening in 2019, and it is our pleasure to have reached with a deal with the League Two club for a further two seasons.

Hornets Commercial Director, Sam Borrett, said: “We are delighted to be able to extend our partnership and agreement with Crawley Town to use our Camping World Community Stadium as their dedicated training base. Since opening in 2019 our facility has been established as one of the best in Sussex and we are delighted to be able to support Crawley Town with our quality facilities for a further two seasons.”

Crawley General Manager, Tom Allman, added “We’ve been based at Horsham for the past two seasons, and whilst our aim is to one day have a training base of our own, the geography and facilities at Horsham make Hop Oast the ideal base for the club and our players at this moment in time. Paul, Sam and the team at Horsham are a pleasure to work with and I look forward to the relationship between the two clubs continuing to grow.” 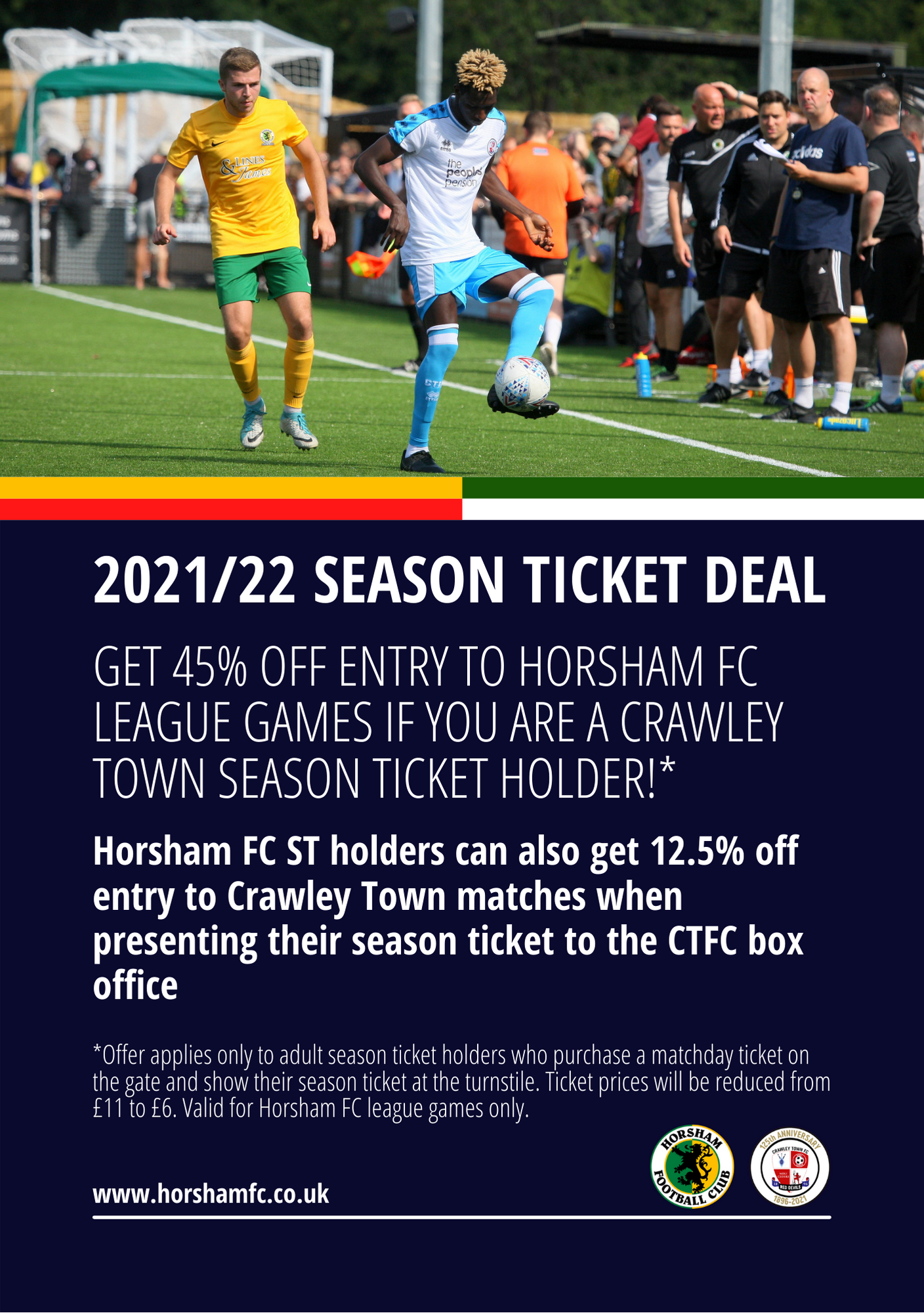