We are proud to announce that we will be hosting an all-star charity football match this Sunday at The Camping World Community Stadium.

Featuring a host of former football pros, including a Premier League and Champions League winner, we have partnered up with Team Harvey, iPro Hydrate and Dorking Wanderers, to donate money towards Dom’s Food Mission.

Set up in 2015 by husband and wife Dominic and Alexandria Warren, Dom’s Food Mission’s aim is to help those who are less fortunate, and also make an impact on food waste.

The charity has won several awards since it was founded and we are proud to be hosting a match in which 25% of all proceeds will be donated to the much deserving organisation.

The two teams will be led by celebrity MC Harvey and former West Ham United star Marlon Harewood, and both feature a stack of recognisable names from years gone by.

Full team line-ups can be found in the images below. 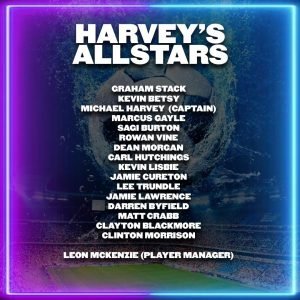 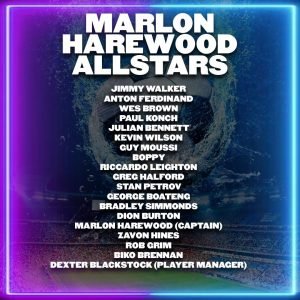 Gates open at The Camping World Community Stadium, at 1.45pm, while kick-off is at 2.30pm. Food and drink will also be available but only from the outside serving hatches.

Tickets cost just £10 for adults, seniors, students and U18s, while U16 tickets are just £5. Due to COVID restrictions, there are only a limited number of tickets on sale so grab yours now to avoid disappointment!

Our full COVID safety measures can also be found HERE.