It’s always one of the most long-awaited, fun evenings of the year. The season has finished, scores have been settled, and it’s time for both the fans and players to wind down.

In any other year, our End of Season Awards evening is always a great night which the fans look forward to. However, as with the majority of things in 2020, that night, and the remainder of our first season back home had to be cancelled due to the COVID-19 pandemic.

Instead, this year, we filmed our first team award presentations, adequately social distanced, to be all wrapped up in a special video, superbly hosted by committee member Mark Barrett.

This video went live on our freshly rebranded YouTube channel, HornetsTV, last night and you can view it here. Don’t forget to subscribe, as there’s lots more exciting content to come!

However, if you’re wanting to hear who picked up this year’s coveted awards, you can also find out below.

Hornets stalwart Steve Metcalf picked up our first award, the Managers’ Player of the Year. One of our current longest-serving players, ‘Mets’ notched his 150th appearance in yellow and green last season. 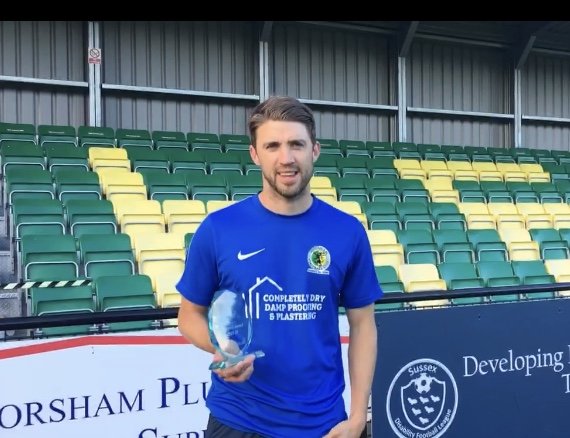 Upon receiving his award, he said: “I’m a little bit surprised to receive this award but it was a great season, last season, especially here at the new ground.

“Shame it ended the way it did but hopefully next season, all being well, we can continue to move forward, both on and off the pitch. Thank you to all those fans, and everybody who turned up last season, and I look forward to hopefully seeing you next season.”

First team manager, Dom Di Paola said: “He’s had a great season for us, played in numerous positions and never lets us down, always performs to a high level, great attitude, and a real credit to the football club.

“(He is) a player that the rest of our squad should look at if they want to have good careers in non-league.”

Next, we saw Lea Dawson awarded the Players’ Player of the Year. The midfielder said: “Firstly, I’d like to thank the players for voting for me, it was unexpected. I think we had a terrific season, hopefully next year we can go even better, what with the season being cut short.

“Lastly, I’d like to thank the fans for turning up week in, week out, supporting us, and giving us that extra lift in the games.”

Jack Brivio presented the award to Lea, and the skipper said: “He was an ever-present in the team throughout the season, he put some massive performances in that middle of the park, headed anything in sight and made some massive tackles.”

Jack was the next player to receive an accolade, although it’s one he’s known for a while. Voted the Supporters’ Player of the Year back in April, ‘Brivs’ was finally able to pick up his award. 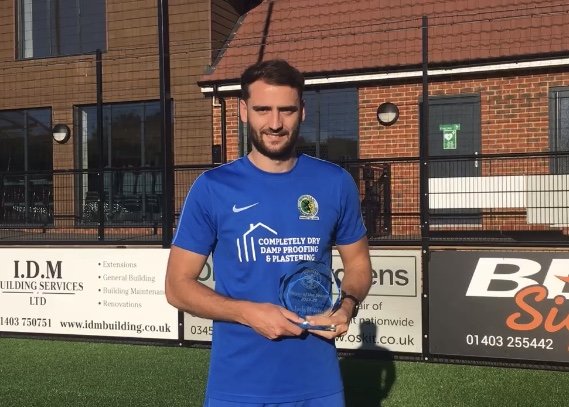 He said: “Just want to say a massive thank you to everyone who voted for me as your player of the season. I’m really looking forward to seeing you all back in the ground, as soon as we can, and I hope you’re all staying safe, Cheers.”

Our final award, our Directors Award, was presented by Sam Borrett, a recent addition to our board of directors.

He said: “This is being awarded to an individual who had done fantastic work on the pitch with the team, but has also provided a friendly and approachable face in the clubhouse both before and after games.

“But, most importantly, they have done a huge amount of community work with some of their latest fundraising efforts, which really encompasses what we at Horsham FC are all about.

“For that reason, the Directors Award is being awarded to Steph Apps.” 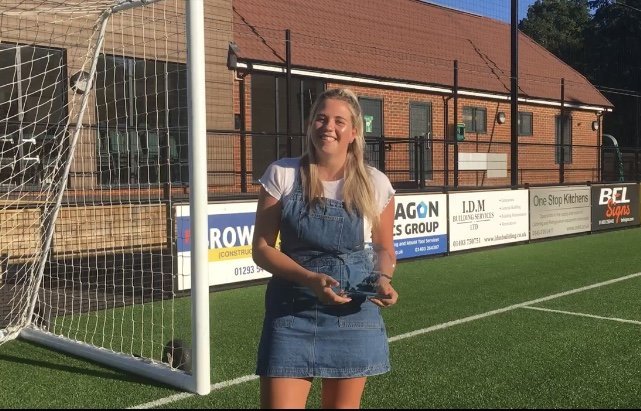 Our first team physio admitted she was surprised to pick up the award. Steph said: “I just wanted to say a huge thank you to the directors for this award. I’m really shocked, and didn’t expect it at all, so thank you very much.

“Thank you guys also for your support throughout the season, can’t wait to get back here and see you all soon!”

We’d also like to give a special shout out to Rob O’Toole who won our Goal of the Season vote on Twitter, with his stunning acrobatic effort against Lewes on New Year’s Day.

Congratulations to everyone who won an award, you are all deserving winners! Bring on 2020/21!