The disappointment of having last season curtailed due to the outbreak of Covid-19 was felt by all, not least the players, and parents, who represented Horsham Football Club’s youth section. Many of the squads were on course for league titles and cup final appearances when lockdown forced the season to be brought to an abrupt end, with all results and remaining fixtures declared null and void.

What made this even more disappointing was that this was the first time in eleven years that the youth section had been able to play, and showcase their skills, at their own ground – our fabulous new Camping World Community Stadium at Hop Oast.

Under normal circumstances the close season would have seen an awards night taking place where youth section players would have received squad awards and parents and coaches thanked for their efforts. But like so many other planned events this summer, social distancing guidance prevented this from happening.

The club, however, was keen to recognise what was a momentous inaugural season at our new home and, as a result, a special commemorative medal was made by Premier Sport & Leisure to be presented to each of the 135 players that represented the club at youth level last season. To accompany the medal, club chairman Kevin Borrett wrote personally to each player to thank them, and their families, for their efforts and for playing their part in the history of the club.

Over the last week or so Kevin, and other members of the board, have attended youth training sessions and handed out the medals and letters to those that have remained at the club. Those who have moved on will have theirs delivered to their home addresses.

The club would like to acknowledge Annie and Ivan Raby and Shaun Scott for organising the medals, Kevin Borrett for personally signing each letter, and members of the board for presenting letters and medals at training sessions. 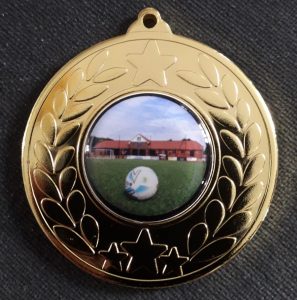 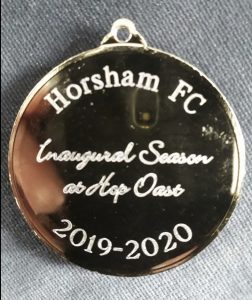 Above: The commemorative medals presented to the Horsham Youth squads 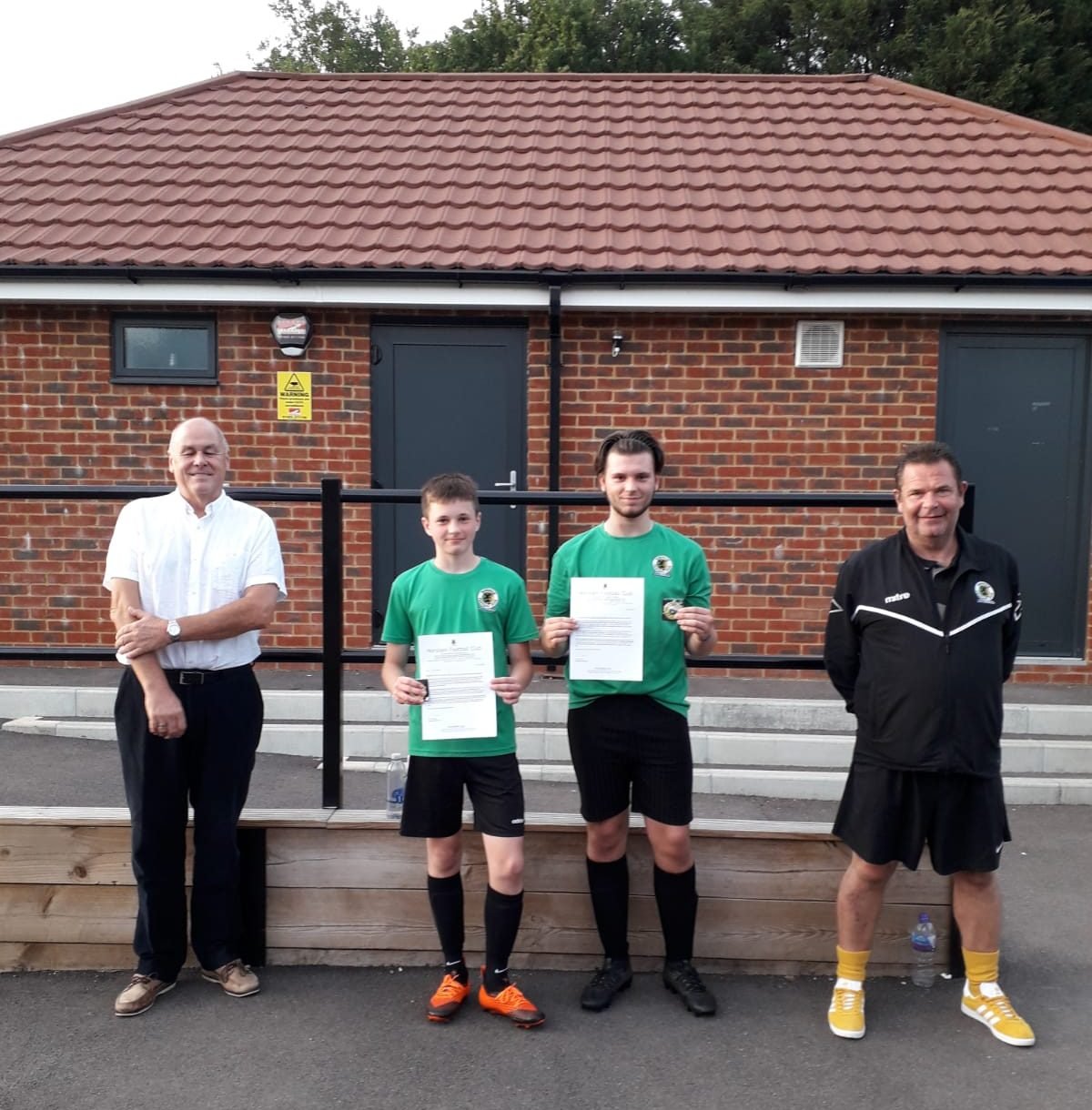 Hornets’ director Paul Osborn (left) with manager Ian Scott and members of his U15 Greens squad, with letters and medals from chairman Kevin Borrett