On a chilly evening down at the Sussex FA Headquarters in Lancing, in front of a good crowd, the young Hornets would dearly have loved to have put on a winning show in front of their families, friends, and the travelling Horsham faithful but, sadly, it was not to be. Disappointingly there was to be no cup glory for the lads as they went down 4-0 to a very good Langney Wanderers side who thoroughly deserved their victory .

Manager Mark Hawthorne made three changes to the starting eleven that beat Loxwood in the semi-final, bringing in Lewis Blaney, Will Gordon, and Sam Karl in place of Seb Jacobides, Kieran Britland and Dan Webster, who was a last minute omission due to work commitments.

Bayley Colbran, the Wanderers boss and son of ex-Horsham boss Simon, had targeted the Challenge Cup as a competition to take very seriously and fielded a strong side, with all but 4 of his squad of 16 players having gained Southern Combination first team experience this season. Coming into this final, Langney had won their three earlier cup matches, scoring 10 goals with none conceded, which was in stark contrast to their indifferent league form of 4 wins, 2 draws and 6 losses, with 35 goals scored and 37 conceded!

The Wanderers kicked off and showed their intent right from the start, looking well motivated and up for the challenge. Quicker to the ball and with plenty of movement, they were dominating possession and when the Hornets did get the ball they were closed down and forced into making mistakes. The first chance fell to the Wanderers when a free-kick, delivered deep into the box from the left, was headed clear for a corner. The resulting set-piece caused panic in the Horsham defence but the referee had spotted some pushing and awarded a free-kick. On 12 minutes Macaulay Gray pumped another deep free-kick into the mix, this time from the right, which was touched goalwards but Horsham ‘keeper Blaney was on hand with an alert stop.

With the Hornets unable to retain possession, Langney were getting up a head of steam and it was no surprise when they took the lead on 19 minutes. It was that man again, Gray, who picked up the ball in midfield and unleashed a piledriver from 30 yards that Blaney, although getting his fingertips to the ball, could not prevent  from hitting the back of the net.

The young Hornets just could not get any attacks going. The prolific Archie Goddard, playing wide right, and Sam Karl wide left, were largely detached from the action and it was left to Matieus Mulugeta to create the Hornets’ first attempt on goal in the 27th minute when he latched on to a pass but his speculative effort from distance was high and wide.

The young Eastbourne side had a physical presence and were bossing the match, forcing the Hornets to give away possession cheaply. Just after the half hour mark, Langney tightened their grip on the game to go two goals up when Joel Mann, under pressure and trying to control a bouncing ball, accidentally handled in the box. The referee was in no doubt and immediately pointed to the spot and up stepped Peter Cooper, with 14 first team appearances to his credit this season, to decisively hammer the ball into the left hand side of the goal and giving ‘keeper Blaney no chance.

The Hornets were being bullied at times and a forceful challenge by the Wanderers Dom Welsh, on Goddard, prompted a slight altercation which briefly threatened to escalate before referee Alan Green calmly sorted out by booking both players. Things went from bad to worse for the yellows just before half-time when defender Joel Mann missed with his attempted clearance, putting the Wanderers stand-out player Cooper clear through on goal. Trent Fawcett desperately tried to make up the ground to catch the striker only to pull up with a hamstring injury, leaving the super confident Cooper to coolly pick his spot for his second goal.

As Kieran Britland replaced the injured Fawcett, the referee blew for half-time to give Horsham a much-needed break to regroup after being totally dominated by the young Eastbourne side from start to finish.

With a mountain to climb, Hawthorne sent on forward Kieran Holmes in place of Will Gordon to make up a front three with Holmes positioning himself between Goddard and Karl.

Horsham were now looking more of a cohesive unit and, on 58 minutes, they won a corner from which Holmes delivered a well-flighted ball in to the dangerzone but no one was able to get up high enough and the ball sailed through to safety. Just after that Mulugeta, probably the pick of the Horsham players, hit a long dipping shot on target but keeper Connor Saunders saw the ball all the way and saved comfortably.

Horsham’s final substitution came in the 64th minute with Harry Brooker coming on for Sam Karl and Horsham, whilst never looking likely to gain the momentum required for an unlikely comeback, were at least getting a bit more possession. Britland made two or three surging runs down the left and, from one of them, in the 78th minute he put in a powerful cross which Harry Law met with a decent header but it was straight at the keeper. Another Britland cross caused some confusion in the opponents’ box, as the ball pin-balled around, but was eventually cleared by one of the uncompromising Langney defenders.

With Horsham pushing on in search of a consolation goal, they left themselves exposed a couple of times. Earlier, the Wanderers second half substitute Mohammad Mekawir let Horsham off the hook when he evaded three challenges but then tangled his feet when poised to shoot, but he made no such mistake just before the final whistle when he latched onto a through ball, advanced on goal unopposed, and calmly finished past Blaney to complete a 4-0 win.

The young Hornets were clearly disappointed as they collected their runners-up medals but could only concede that they had been beaten by the much better team on the day.

“We had spells in the game where we kept the ball quite well in midfield,” reflected Hawthorne afterwards “but too many errors early in the match took the game away from us. We learn from this and move on with the next match.” 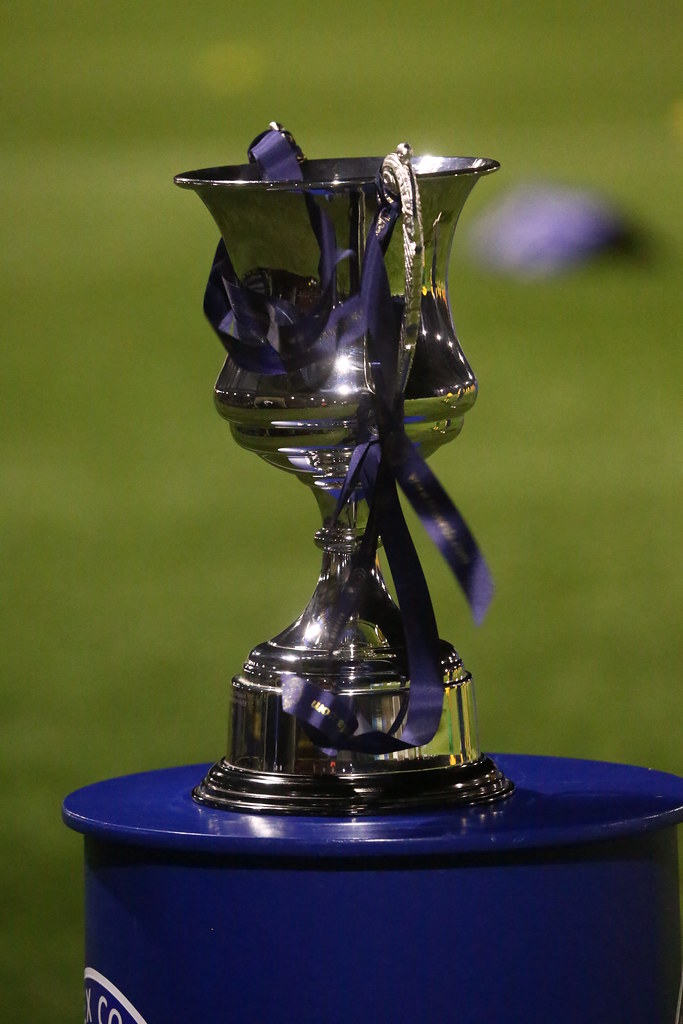